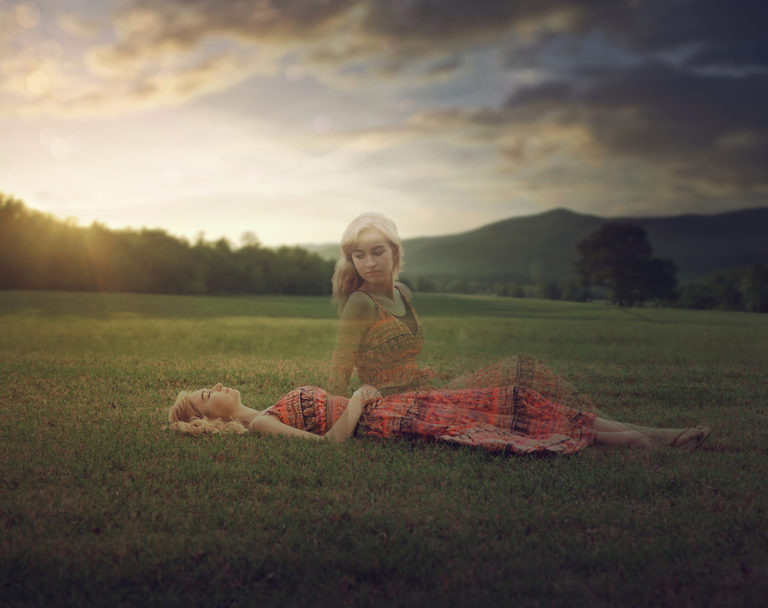 Is There Life After Death?

It’s a question humans have been asking since before the dawn of civilization. What happens after we die? Is there really life after death? And if so, what is it like?

We have been looking for answers to all these questions for thousands of years, and there are many people who believe they have the answers, or at least solid theories. Religions are built on answers to this question, and the one thing that almost all religions in the world agree on is that there is something that happens after we leave this world.

There are common threads that make all religions strikingly similar with their view of the afterlife. However, there are differences that single out each religion as unique in its view of life after death, even if there are similarities.

Similarities and differences between religions

Abrahamic religions, that is Christianity, Judaism and Islam, all believe that our soul passes on to another, higher plane of existence. The concepts of heaven and hell are present in each of these, and our conduct here on earth impacts what happens with our life after death.

Eastern religions such as Buddhism and Hinduism focus on the nature of existence and how life is a cycle of death and rebirth. Confucianism doesn’t focus heavily on the afterlife, but the belief in ancestors watching over you in this life and your behavior being key to your ongoing existence is telling.

So although they all believe there is life after death, the differences are in their understanding and interpretation. Put very simply, the concept of the afterlife falls into these two spheres:

Is there any proof of life after death

In our increasingly skeptical and scientific age, people look to science for answers where the word of holy men may once have sufficed. In fact, there have been many studies by scientists and psychologists into deathbed experiences, including near death experiences (NDEs) and what happens to the body when we die.

The results of many of these findings can be hard to refute, even for skeptics. Nearly 40% of people who are resuscitated after being clinically dead can testify to experiencing out of body experiences, including seeing their own bodies lying on the bed with doctors working to revive them.

Other studies have found significant amounts of people who can recount past lives, including details of their deaths.

Although some might think that cultural factors might influence people’s perception of their death experiences, studies have shown that NDEs tend to share similar features, wherever they happen in the world. Regardless if it’s Christian Americans, Atheist Europeans or Hindu Indians, the out of body experience and the ‘tunnel of light’ are common themes.

But are these genuine signs of an afterlife? Or simply our minds helping our body to process it’s own death?

Ghosts, angels, spirits and others

For those of us with a spiritual perception of the world, it can be hard to explain to skeptics our beliefs. The reason for this is that we don’t truly know everything about the non-physical world, so how can we explain the presence of spirits or ghosts? There is little research into the realm of ghosts and spirits, but this can often be attributed to the fact that there is nothing to gain financially from their study.

Some believe that these are the souls of the departed, perhaps left to wander our planet until they find a release. Others may say that spirits are angels or other metaphysical entities watching over us, helping us, or sometimes even acting as malevolent forces.

Even skeptics will admit that there is much about our world and our universe that we have yet to understand. Indeed, scientists are constantly discovering new things about the very nature of life itself, but with so little study into the afterlife, there is a whole new realm that we know nothing about.

Before our scientific age, belief in spirits or angels was commonplace. And contacting or communicating with this ‘other side’ of our world was a way to understand our life, our future and even to put our ghosts to rest, so to speak.

For those in touch with the spiritual nature of our lives, the presence of these unexplained phenomenon comes perhaps as a reassurance. There are plenty of things we don’t understand or comprehend, so the world beyond our physical existence is surely greater than we already know.

Life itself is such a complex thing. So death, of course, has a whole realm of complexity that most people don’t even want to fathom. There is the famous case of the study which found that when we die, the human body loses 21 grams in weight, which is widely believed to be the weight of the human soul.

There is also the fact that people here on earth can channel their energies to speak to people who have passed away. Again, skeptics may explain this as mumbo jumbo, but if you’ve ever spoken to a loved one through a psychic or medium, it’s hard to explain some of those details away. Even skeptics find it hard to explain how a psychic can have that level of knowledge and often assumes that it’s a combination of guesswork and trickery.

But communicating with the afterlife is something that has been undertaken throughout the ages. Communicating with the spirit world is still an important part of many cultures around the world, and although in the west it has often been consigned to a fairground attraction, more and more people are looking at these methods to speak to the dearly departed.

So although the physical proof of life after death might be a field of research that still needs more work, there are definitely things in our world that cannot be explained any other way. For now, life after death remains a mystery.