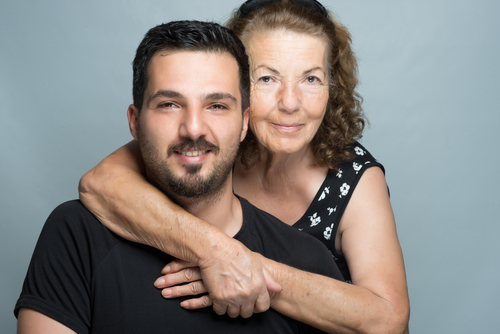 Is he a boy or a man? Know when to stick around or let him go. Learn all the ins and outs of dealing with not only the man in your life but also how to manage his mother!

With the inside scoop from a former self-professed mama boy, we will help shine some light on the most misunderstood of men! Read now the how’s and why’s to getting what you want and need from your mama’s boy.

I was a mama’s boy. Early in my life, there was nothing I wouldn’t do for my mom. Even now I struggle with some concepts around not getting caught up. So I know too well what is involved here. Dating a mama’s boy can be a special kind of torture. All the stories that you’ve heard are true and then some. There are some things that people won’t talk about openly. So better to be prepared! I’ll tell you what to do, say and avoid in order to fulfill your role in your mama boy’s destiny as well as your own.

A mama’s boy is easy on the eyes and heart. They are feminists, play fair and always hold open doors. They center their lives on the safety and success of their families. They are the kind of men that will do all the little things, plus all the big things that make a relationship work. He’s a romantic, always in love, always hoping, always trying to make his partner the center of his universe. He’s very easy to love.

Who is mama dearest?

Your future mother in law is another matter entirely. She is going to be strong, demanding and you are going to have to live through some outright boorish behaviors. She can be controlling, domineering and impossible to please. She’s the maestro of the orchestra. Nothing happens without her knowledge. Most of what he does is approved by her first. He doesn’t make major life decisions without her knowledge or go-ahead. This is what is normal for her. It may not be in any way normal for you, but it is for her.

How do I deal with this?

I’d strongly suggest standing your ground early on. Don’t for a moment let it be understood that you are a doormat or that it’s okay to disrespect you. All the while you have to show her respect and try to avoid undermining her authority.

You can count that her life revolves around her son. That she depends on him and him on her. They have developed this symbiotic relationship that neither are really happy with. But it’s how they have survived so far. She may have already chased a few suitors away.
So you have to learn acrobatics. Are you up for it? Be ready to walk away. Unless you are flexible, tolerant and can keep your cool under pressure, while being assertive, she will eat you alive. The first few meetings are crucial. Get your game face on. Thick skin is a must! 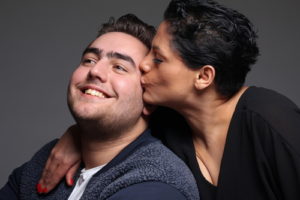 What am I getting myself into?

The mama’s boy deepest wish is to find that one true love. He’s a hopeless romantic at heart. He’s actively looking for the one woman that he can leave his mom for. So if you’re together, you’re already on the right track. He wants to be free but he doesn’t want the guilt. He feels like walking away in ANY capacity is akin to abandoning her in a pit. She has trained him in the finer arts of guilt and shame. He can’t do it. If he could just walk and cut her off, he’d no longer be the man that you know or love.
He is going to need tools to escape from the mental and emotional prison that they have both built for themselves. You can’t bomb him out. He’ll go back. You can’t bulldoze him out of there. He’ll still see the same four walls. You have to try and teach him self-love, what his priorities should be, how to disengage from guilt, shame and the sense that if he doesn’t do just everything that she says or wants, that she’ll suffer and he will suffer in turn too. You have your work cut out for you. It’s a process, a long, hard road to freedom for not just him, but you too!

Are you solid? Are you confident? Are you sure of yourself? Now is not the time to be scared or in any way insecure. I’ve seen men run the other direction from a woman who is showing signs of insecurity during the process of detaching from their mom’s. Usually, as a woman, you can pull, tug and expect a certain kind of reaction from your partner when you are in need of reassurance from him. BUT, with a mamma’s boy, the opposite reaction is what you get. It’s the hardest thing to do contend with. Instead of being there for you, they turn around and leave. They are trying to actively escape a situation where they are being manipulated emotionally. It’s easy for them to feel that you may be manipulating them. So they shut down and walk away. It’s not fair. It simply is.

Not for the faint of heart

Keep in mind that you’re fighting against a mindset. The mother has trained him his whole life to be dependent on her. His dependence on her creates a safe place for him to turn when all else fails. It’s like having a backup wife who is always on his side. You won’t be able to fight her, her expectations or “rules” head on. That doesn’t mean that you should just play dead and roll over. But there are already rules in place that can be 20, 30 or even 40 years in the making. They won’t change overnight. This is where your self-confidence come into play.

You have to avoid falling victim to becoming jealous of their time,
her influence or his relationship with her.

That will get you nowhere in a hurry. Becoming emotional and showing signs of jealousy towards her will ensure that he shuts you out completely. If he won’t as a man be able to understand it. It’s a guy thing. We aren’t wired that way.
When all else fails, you have the option of walking away. Fighting her head on can only get you so far. You might steal him away from her for a time. That might last a while. You might even convince yourself that he’s yours forever. But a mamma’s boy who doesn’t know how to stand on his own is a man who will invariably return to what he knows best. His mom. The decision to stand up for himself and then for you has to be his choice. There is nothing like losing your one true love to get the point across that a change must take place. Let him FEEL your loss.

He has to want to be his own man

This is going to happen with age or reason. Losing the woman that he loves will do that too. You may have to take that drastic step to leave him in the hopes of getting him to abandon his long-held principle, that mom comes first. If you are planning on doing this or at that stage, you should know that there is a solid chance that he won’t give chase. You have to be willing to lose everything in order to gain everything. Seriously. If all else fails, dump him. It may be the only thing that shakes him out of his slumber and helps him break free of the emotional prison that he is in.

There are different levels of loyalty and attachments depending on where he in life, his experience and of course age.
If he’s well into his 40’s and is still a devout good boy, then you might want to consider moving on to someone else less attached.
If in his 20’s and can’t take you home the first six months, that’s normal.

Mamma’s boys can be the best of the bunch

If you’re in love with one. It’s because you are meant to. So don’t fight it. Instead, embrace the situation for what it is. He can be the most steadfast, most loyal and dedicated of men. But the task before you is a hard one.

Before long, you too will be the one in charge. He’ll be looking to you for direction, as will everyone else around you. Situations like this transform you. You don’t have a choice. You change or you fail. In changing you become a stronger, more assertive and wiser version of yourself.