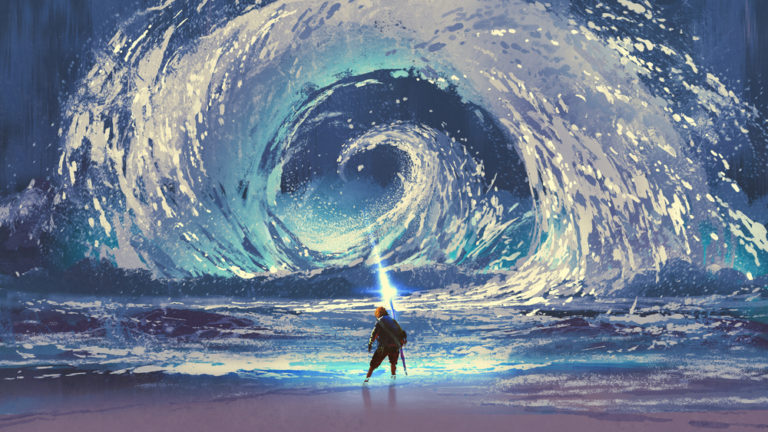 The Psychic Ability of Apportation

In the psychic world there are plenty of phenomena that can be hard to explain, but one maybe more than others. You may have heard of teleportation, but what is apportation?

The psychic ability of apportation is the manifestation of an object or objects from an unknown source. Psychic apports can conjure up anything from an inanimate object to a living being as if from thin air. But, what is the truth behind apportation, and is this a psychic ability that we could learn something from?

In the paranormal world, the conjuring of items from nothing has always been a mystery. Apportation, from the French apporter, to bring, basically means that an object appears in a place when previously it was not there.

Often associated with poltergeists or other spectral activity, apportation was often used as a trick during seances at the turn of the last century. So is there historical evidence that apportation is a genuine paranormal phenomenon?

Apportation during seances was a popular practice for psychic mediums in the late 1800s and into the mid 1900s. Often, psychic apports used the manifestation of objects to announce the arrival of paranormal beings or to solidify their spiritual credentials. However, a series of exposés of fraud among many of the popular mediums of the time revealed the popularity of the practice to be little more than a magic trick rather than a genuine ghostly occurrence.

Despite this, the reality of apportations is still up for debate. The reason for this is that truly paranormal encounters can often include the apportation of items from unexplained sources. Perhaps this implies that there is more to be discovered about apportation.

One of the best known and most famous apports is Charles Bailey, an Australian medium who operated from around 1870. Although there are accounts of his seances producing live animals, historical relics and even the appearance of spirits of the deceased who would give lectures on items that had appeared, Bailey has mostly been discredited.

Indian guru, Sai Baba, was also well known for producing items out of thin air in front of many of his followers. These included sacred ash, which is used in religious rituals, as well as more mundane items such as sweets and jewelery. There has never been a study or explanation into how Sai Baba managed to apport items, which still remains a mystery.

Famous Israeli psychic Uri Geller has also been associated with apportation, including a documented case of personal items of his appearing out of thin air in another room. Again, there is no study or explanation for how this might have happened.

How can apportation be used?

For psychics that channel the powers of the spiritual realm, apportation can be a way to provide physical evidence of communication with higher powers. Although mystics in the 1800-1900s would use it as a gimmick or trick, today, apportation would most likely happen as part of a magic act by someone like Derren Brown.

In short, apportation isn’t necessarily used by psychics to wow their audience and embellish on their credentials. If apportation does happen in a seance or other spiritual circumstances, it is most likely to be a by product rather than the focus of the act.

Can anyone learn apportation?

Like many psychic gifts, apportation is something that is partly attained through inherent skill and also through practice. It is unlikely that anyone can simply ‘learn’ apportation, as a connection to the spiritual realm will be one of the main ways to channel this energy.

As such, psychics who are interested in apportation should focus instead on communicating with the spirtual realm. From there, it is most likely that you would be able to understand how apportation works, or even ask spirits to present you with items.

In short, it’s best to focus on spiritual communication as a whole rather than to look to become a psychic apport exclusively. It is most likely that if there is a way to conjure items via paranormal means that it is a byproduct of our communications with the spiritual or psychic realm.

What is the truth about apportation?

So is apportation for real? Can people really conjure items out of thin air by communicating with spirits? Like most spiritual practices, there are a lot of things that are still unanswered and will likely remain that way. But, if you’ve ever experienced the sudden appearance of an item, perhaps missing keys that magically ‘turned up’ right under your nose, or perhaps something that appeared to drop right out of the air; then you’ll understand that apportation is still unexplained and can be unexplainable.